The Divine Lie is a tragicomedy taking its inspiration from Anna Kortelainen’s book Restless Woman – The Cultural History of Hysteria and its descriptions of the hypnosis shows and phenomena surrounding hysteria patients.

The audience are taken into the daily routines and everyday life of the sanatorium and absurd scenes presented by its star patients. Directed by dance artist Pirjo Yli-Maunula and created in collaboration with the entire working group, the piece moves at the interfaces of various different art forms. The multidisciplinary team consists of artists from the worlds of clownery, dance, corporeal mime, music and visual arts. The piece is a production by Kallo Collective. 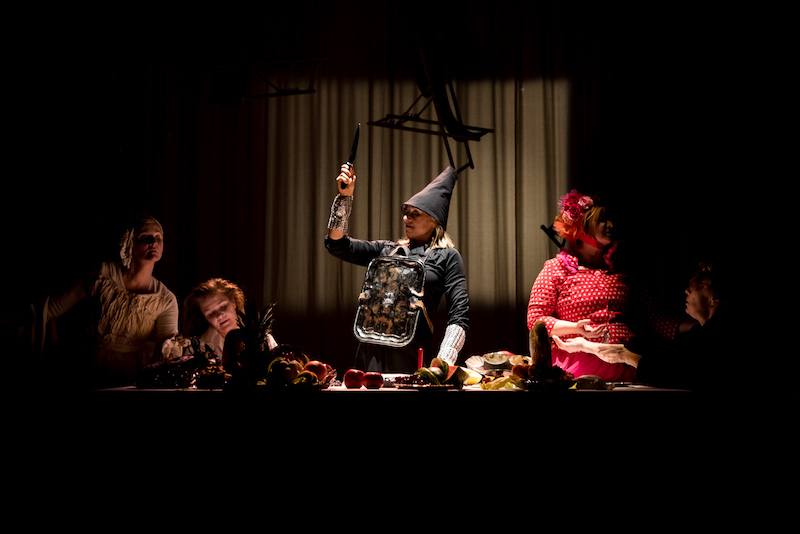 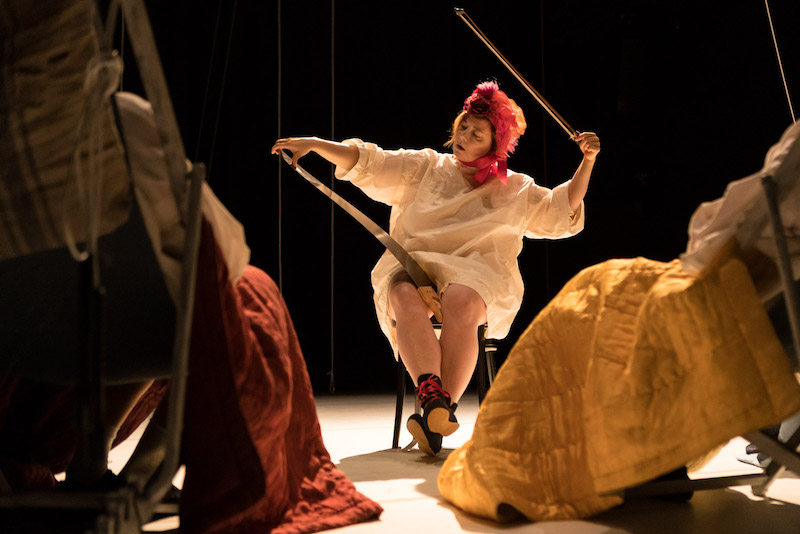 The award-winning Kallo Collective was established in 2010 as an international contemporary circus group specialising in physical theatre and clownery and producing high-level, non-verbal performances. Their bustling performing schedule provides them with a repertoire of enduring and light-weight performances. The group have created 16 of their own productions, captivating a total of approximately 60,000 audience members. The collective have toured 28 different countries with their performances.

Kallo Collective’s founding members are Finns Jenni Kallo and Sampo Kurppa and New Zealander Thom Moncton. All three studied at the renowned Ecole Internationale de Théâtre Jacques Lecoq in Paris. The group is based in Helsinki.